These are two words that are generally not taught to students, and certainly not in the government schools, until they have to deal with the generalized concepts in places like law school, or college accounting classes, where it's pointed out that knowing the law, and not following it, is "unethical" or "immoral".

Usually, people first encounter the idea in the context that someone can be prosecuted for "unethical behavior" while in office, while politicians who do not keep campaign promises are considered perfectly normal. This is hypocrisy, and deserves to be addressed.

Anyway, I would like to start with a premise:

Voluntary interaction is normal, and right.

By that I do not mean that anyone has to do or say or be any one way or any other way. This is the hypocrisy that my way of living is right for someone else. I refuse to be a hypocrite.

By voluntary interaction, I mean specifically that it is wrong for me to tell you how to live your life. So long as you do not then tell me, or someone else how to live their life, then there is no conflict.

There are lots of different ways people have worded this particular idea through the years. 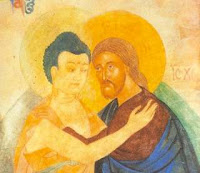 Do Unto Others As You Would Have Others Do Unto You.

All We Are Saying, Is Give Peace A Chance.

An It Harm None, Do As You Will.

So can you and I settle on the idea that it is wrong for me, and you, to impose either of our ways of thinking, living, loving, etc, on the other?

Is this enough to agree upon? If not, stop now. There is no way you and I can ever live together peacefully if you believe it is normal or right for you to put a gun to my head when I have done you no harm.

Politics has been called many things. For some definitions, it is "The Art of the Possible" as stated by Bismark. Or as Wikipedia points out, the idea of "politics" can be applied to the decision making process by which people's desires, compromises, interactions, and everything else is being taken into account, to produce policy.

Generally speaking, however, when folks say "politics" they mean the interactions of people and the structure of power which surrounds the institution of coercion: Government.


For that is all it is. A government is the institution which rests on its ability to initiate coercion over a given territory.

Remember coercion? The thing above you and I agreed was wrong for either of us to use upon the other?

Yet here is an entire institution based upon nothing else.

If I make a contract with you, I cannot change that contract and then hold you to the new terms. Your credit card company, your bank, your landlord, all have to send you notice of a change in terms and then if you don't agree with them you can cancel your contract.

There is only one institution that can change the terms of their contracts at will, and then hold you and I liable for the new terms even if we didn't know them: Government.

After all, ignorance of the law is no defense.

Of course, that old adage came from a time when the only crimes a person could commit were aggression. Violence against others. Now there are entirely libraries dedicated to particular areas of law, or laws which apply to certain small geographies. Or, worst of all, laws made up simply to try to rationalize other laws.

Yet you and I have already agreed that it is wrong to aggress against each other. So what other "laws" are needed? In what way is it right for me to harm you? Does the tool matter? Does the method matter? Does it make any difference what badge I wear or piece of paper I print out for myself before I come over to your house and break in the door?

No. It is wrong for me hurt you, kidnap you, enslave you, or take or break your stuff.

And it should be wrong for everyone else, too.

But that would be anarchy!

Yes. Anarchy does not mean chaos. It just means that aggression is wrong for everyone.

So there it is. First, we establish that it is wrong, both immoral and unethical, to aggress upon one another. We must interact through cooperation and persuasion.

Morality. What you yourself believe is good. So long as you do not aggress against anyone else, you can believe that boiling shoes in acid is good and it only effects yourself. Morality returns to being a personal judgement, rather than a political argument.

Ethics I have heard defined as doing what is right even when no one is looking. So long as I do not aggress against others, my personal ethics become a matter purely of contract enforcement. An "unethical" person would be someone who doesn't do what they say they would do, or vice versa, again in matters entirely personal and civil, rather than political.

The only reason there are Earth shattering arguments is because the winner of those arguments gets hold of the power of the state, the ability to initiate coercion, the power to rob people of their wealth, their lives, their children.

And the power to get away with it.

The so-called Robber Barons of the Gilded Age had no such power. They had to serve their customers in order to make a profit.

Anyway, I think that's enough. So long as the basis of morality, personal choice, is respected, we can live together in peace.

So long as you are ethical, and fulfill your contracts, we can build great things together.

And so long as aggression is wrong for everyone, we can create a society the likes of which the ancients could not even imagine.


To answer some of the objections which EdH puts forward below I was going to link to a talk by Roderick Long of the Molinari Institute, until I realized that I already had, above. Now either I'm very gullible, see things that aren't there, or EdH didn't get that his objections were pretty much answered by Roderick in his Mises Institute talk on "anarchism".

I would also point to this interview by Hanse Hermann Hoppe, where he gets right to the heart of the matter:

"That’s precisely why there’s a state judicial monopoly. Because under a competitive and non-monopolistic legal system it would immediately be apparent, in the words of St. Augustine, that the state is nothing but a “great band of robbers,” a mafia, only a much larger, more overwhelming and dangerous one."
Posted by Curt- at 23:13