"The Internet is based on a layered, end-to-end model that allows people at each level of the network to innovate free of any central control. By placing intelligence at the edges rather than control in the middle of the network, the Internet has created a platform for innovation."


The 'Net is made up of independent providers with private peering contracts between them. This is one of the details in the "debate" about "Net Neutrality" that tends to get lost.

Update: Wired Magazine agrees with me.
Update: The bureaucrats have finally gotten their way, and put the 'Net back under their chains. February 26, 2015
Update: One more, from the Mises Institute.

All this talk about "Tiered Service" misses the simple and obvious fact that tiered service already exists and has always existed. There. Was that loudly enough? Do I need to repeat it?

So why talk about these "internet fast lanes" and other idiotic terms meant to obfuscate the issue? Because ISPs over-subscribe their networks, exactly like airlines oversell their flights. In order to make money, they sell their customers faster circuits at the edge than they can handle through the middle, and when everyone shows up at the same time and tries to use the service that they pay for, they can't all fit.

It's a traffic jam.

Over-subscription is not a bad thing, and it works perfectly well, if it is done intelligently. The fact is that it has not been done intelligently and there are going to be times that your 10Mbps cable-modem service isn't going to be able to stream the Netflix video you just clicked on, because too many other people are doing exactly the same thing.

But the end-user ISPs are already charging through the nose for services that people barely use most of the time, and they have over-sold the expectations of the service they're providing in order to convince customers they're getting a "good deal". They have to blame someone, so they blame Netflix, or Google, or BitTorrent, for using "too much bandwidth", which is exactly the opposite of reality.

Bandwidth isn't being overused, it's being oversold.

Netflix, Google, Yahoo, all the big service providers, already pay for the bandwidth they use. It's the ISP consumer-grade customer who has been paying for a false expectation of service. Go read your service provider's "fine print", it's in there.

Now for my favorite part of this blog, a bit of history: Back around 1995, The ISP business shifted from the engineers to the business majors. The MBA types decided that they were only getting money for "half" of the data path, that is, their own customers. They wanted to "charge for peering", on the theory that their customers were so important that everybody else should pay to be able to reach them.

This effort did not stand the test of time, because it turns out that when anyone's customers could not reach everyone else's customers, they raised the issue with their own customer support as network failure. And if the error was not corrected, the customers went to another ISP. However, this was the days of dial-up, and now many phone companies, TV cable companies, and the like, that provide what is known as "broadband", enjoy monopoly status in states, counties, or municipalities. Those grants of legal monopoly prevent competition, and foster attitudes like, "We can charge extra for YouTube". 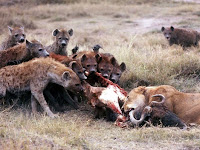 The check on such shenanigans is competition.

When competition is open, ISPs focus on what they do best, serving their own customers, and they let peering do what that does best: connect everyone to everyone else.

These monopoly grants must be abolished, or they will prevent the very competition which drives innovation and reduces prices.

Do not expect competition to be fostered with intervention from the FCC. The various legal remedies that are being bandied about have nothing to do with competition, and everything to do with politics and who gets to legally do what to whom.